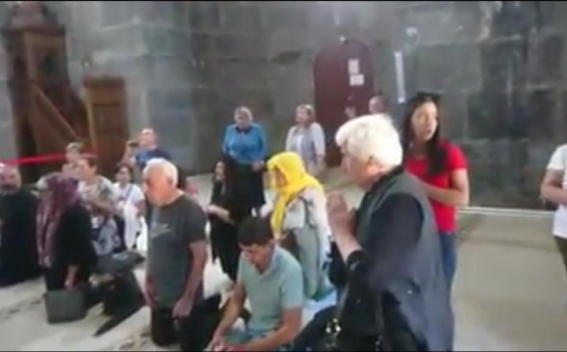 A group of Armenian tourists who arrived in Kars, Turkey, were present at a liturgy at the Cathedral of Kars (also known as the Holy Apostles Church), which was served by an Armenian priest who arrived together with them, yerkir.am reports.

Turkish media has expressed its dissatisfaction with the incident. Locals called the police, who came and interrupted the liturgy.