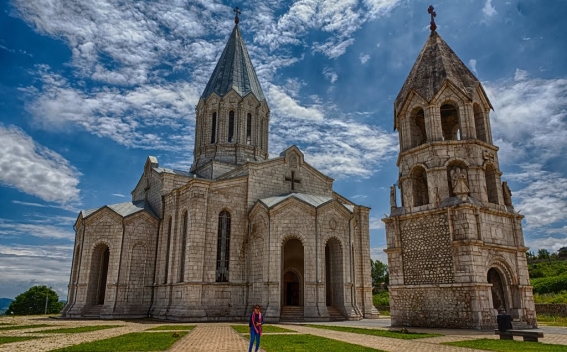 On September 15, Day of Exaltation of the Cross (Khachverats), a ceremony of baptism of the children, sisters and brothers of the heroes who fell in the Four-Day Artsakh War and the relatives bearing the names of the heroes will be held at Holy Savior Ghazanchetsots Church in Shushi, Nagorno-Karabakh Republic. This is what spiritual pastor of the Holy Savior Ghazanchetsots Church in Shushi, Priest Andreas Tavadyan said in an interview with Artsakhpress.

According to him, the godfathers will be the friends-in-combat of the deceased heroes and the veterans of the military operations that took place in April 2016. "The baptism ceremony will be conducted with the blessing of leader of the Artsakh Diocese of the Armenian Church, Archbishop Pargev Martirosyan. The ceremony of sacrifice will be held after the baptism," he added.