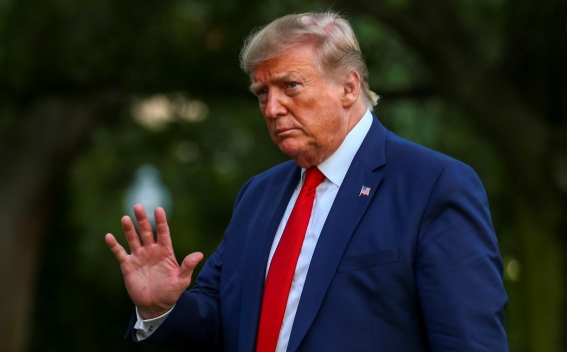 President Trump on Sunday said it's incorrect to report that he's willing to meet with Iran with "no conditions," contradicting what multiple top administration officials have said in recent days, The Hill reports.

"The Fake News is saying that I am willing to meet with Iran, 'No Conditions.' That is an incorrect statement (as usual!)," Trump tweeted without elaborating further.

The statement comes as a recent spate of drone attacks on oil facilities in Saudi Arabia have heightened tensions between Washington, its regional allies and Iran, which Secretary of State Mike Pompeo has accused of being responsible.

It also comes after top White House officials have signaled recently that Trump might be willing to meet with Iranian President Hassan Rouhani at this month's United Nations General Assembly in New York.

Earlier this week, Pompeo and Treasury Secretary Steven Mnuchin both reiterated to reporters that Trump was willing to sit down with Rouhani with no conditions.

"The president has made very clear he is prepared to meet with no preconditions," Pompeo told reporters during a press conference alongside Mnuchin when asked about a possible meeting in New York.

And Mnuchin on Thursday said that Trump "has said he would sit down with Rouhani with no conditions," with the caveat that there were no plans to do so yet.

White House counselor Kellyanne Conway on Sunday pushed back on the idea of a meeting, saying that while Trump "will always consider his options," there has been no commitment to sit down with Rouhani.

Speculation over a possible meeting also comes after the ouster of national security adviser John Bolton, a known hawk on matters involving Iran.

Trump on Sunday also announced he had authorized the use of the U.S.'s petroleum reserve in response to the Saudi attacks, adding that the U.S. was "locked and loaded" as they awaited confirmation of who was behind them.