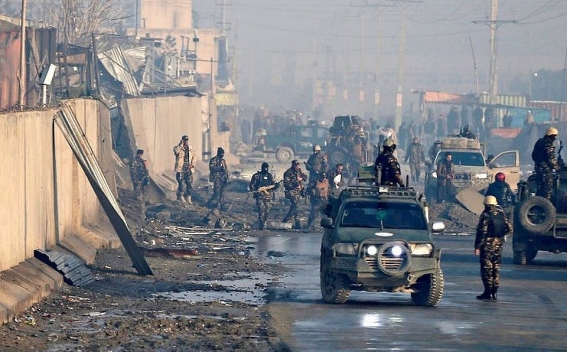 A powerful early morning suicide truck bomb devastated a hospital in southern Afghanistan on Thursday, killing as many as 20 people and wounding more than 90 others, an official said, The New York Times reports.

The Taliban, who claimed responsibility for the boming, have carried out nearly daily attacks since peace talks with the United States collapsed earlier this month.

Thursday's massive explosion destroyed part of the hospital in Qalat, the capital of southern Zabul province, and left a fleet of ambulances broken and battered.

Residents, many of whom had come to see their sick family members, used shawls and blankets to carry the wounded inside the destroyed building, while authorities scrambled to take the worst of the wounded to hospitals in nearby Kandahar.

Morning prayers had just finished when worshippers were stunned by the ear-splitting blast that destroyed parts of a mosque adjacent to the hospital and the hospital building, said Mahboob Hakimi, a resident of Qalat.

Windows in his home nearly two kilometers (over one mile) away were shattered by the blast, he said.

A Taliban spokesman, Zabihullah Mujahed, said in a tweet said the target was a nearby intelligence office, which he claimed was destroyed and "tens of intelligence operatives killed/wounded."

Haqbayan said the wall of the National Security Department (NDS) building was damaged. He couldn't say whether any personnel were among the casualties.