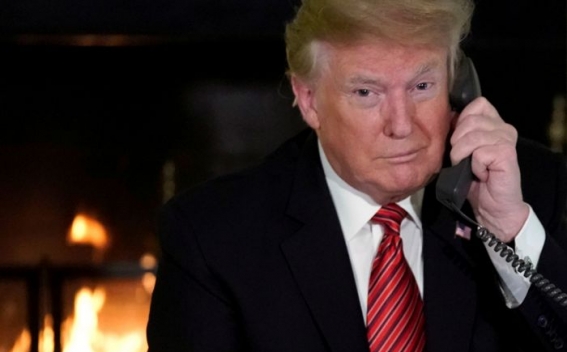 The whistleblower complaint related to President Trump's discussions with a foreign leader filed by a member of the U.S. intelligence community involves Ukraine, according to The Washington Post.

Two sources familiar with the situation told the Post that the conversation that sparked a whistleblower complaint about an "alarming" promise made by Trump during a recent discussion with a foreign leader involved Ukraine, The Hill reports.

It wasn't reportedly clear whether Trump's conversation that sparked the complaint was specifically with Ukraine's president, but the Post reports that Trump did have a discussion with the newly-elected Ukrainian leader, Volodymyr Zelensky, just weeks before it was filed.