No Evidence to Blame Iran for Attacks on Saudi Aramco: Putin 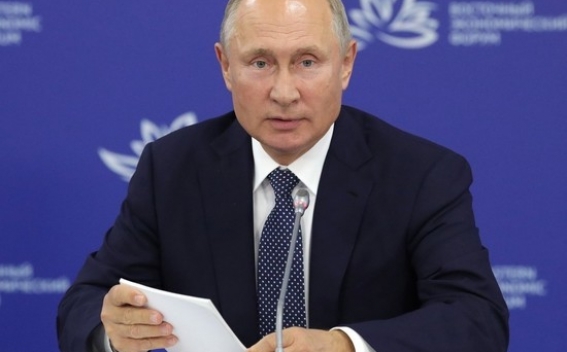 Russian President Vladimir Putin said after talks with his Iranian counterpart Hassan Rouhani that there was no evidence to blame Iran for the recent attacks on Saudi Arabia's oil facilities, Sputnik News reports.

"We condemn this [attack], but we are against shifting the blame on Iran, as there is no evidence for that," Putin said when asked how he views the attack on Saudi oil facilities.

The Russian president noted that those, those who orchestrated it did not reach their aims but merely negatively affected the global economy and consumers.

"[Russia] condemns such actions no matter who stands behind them. This was a destructive action that resulted in serious consequences for the global energy market. However, I doubt that those who planned, organized and carried out the attack reached their aims," Putin said.