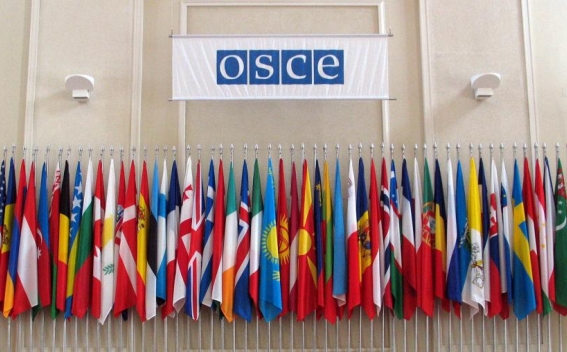 Representative of the Organization for Security and Co-operation in Europe (OSCE) on Freedom of the Media Harlem Desir announced on Monday that a conference on safety of journalists and freedom of the media, organized by his Office, will be held in Moscow on November 6, according to the OSCE official website, TASS reports.

"The OSCE Representative on Freedom of the Media, Harlem Desir, announced today that his Office will organize a high-level conference on media freedom issues, to be held in Moscow on 6 November," the statement reads. According to the report, the conference on "Freedom of the Media and Safety of Journalists in the Russian Federation and the OSCE region: Challenges and Opportunities in the Digital Age" will be organized with the support of the Russian Foreign Ministry.

Desir and Russian Foreign Minister Sergey Lavrov will open the conference, according to the report.

"The conference will bring together representatives of diverse Russian media, including non-state independent media, media experts and representatives of the authorities and institutions of the Russian Federation, to discuss openly media freedom and media development issues, safety of journalists, regulations affecting freedom of expression, self-regulation mechanisms and issues related to disinformation and quality of information in the Russia Federation and the wider OSCE region," Desir said.

The OSCE official noted that the conference will become the first event of the kind to be organized by his Office in Russia featuring an open high-level discussion between independent mass media and the government.