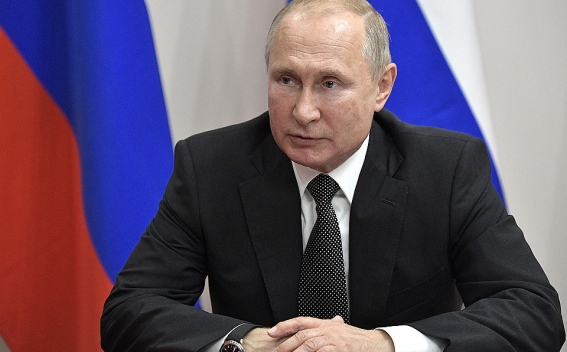 Russian President Vladimir Putin will have separate brief meetings with the leaders of eight African countries on October 23, on the sidelines of the Russia-Africa Summit, Kremlin Aide Yuri Ushakov told journalists on Monday, TASS reports.

"Putin will hold a number of bilateral meetings that were coordinated in advance. As we plan, each meeting will continue some 30 to 45 minutes, several states will be received. Given that this year we have already received several visiting representatives from the African continent, this work will be continued during the summit," Ushakov said.

The sides are expected to discuss bilateral cooperation as well as international issues, in particular the settlement of regional conflicts on the African continent.

Ushakov said that the Russian president would try to have separate ‘on the go’ conversations with the leaders of all 43 countries that will attend the forum, adding that it was simply impossible to schedule 30-45 minute conversations with all of them.

Ushakov admitted that Sochi would see certain "mess" during the major forum, "but Russia is getting ready for this and will do its best so that the African leaders feel comfortable in Sochi".

Also on October 23, Putin is scheduled for a working breakfast with representatives from regional interstate organizations of Africa.

"Besides, Putin will briefly meet with the heads of leading African news agencies, just to welcome them," Ushakov added. Also, late on Wednesday, a ceremony will be held in which the Russian president will officially meet with the heads of the delegations from the African states taking part in the economic forum and summit. "Then, Putin will hold a welcome reception in honor of the participants in the summit," Ushakov summed up.

On October 23-24, the resort city of Sochi will host the Russia-Africa Summit, co-chaired by Russian President Vladimir Putin and Egypt’s head of state Abdel Fattah al-Sisi. The leaders of all 54 African countries have been invited to come, and at least 40 of them have already confirmed their participation. Eight major African integration associations and organizations are also involved in the event. On the summit’s sidelines, an economic forum will take place, which will be attended by the continent’s heads of state, and representatives of the business community and government agencies. The Roscongress Foundation is the organizer of the event, and TASS is the official photo host agency of the summit and economic forum.