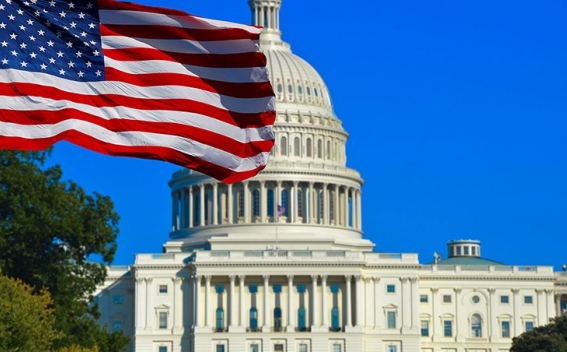 Next week the Armenian Genocide Resolution H.Res. 296 will be put up for vote at the US House of Representatives, Congressman Frank Pallone said on Twitter.

“Next week, the House of Representatives will take a historic vote to officially recognize the Armenian Genocide. America must speak up in opposition to crimes against humanity, especially as Turkey threatens a new ethnic cleansing campaign in Northern Syria”, he said.

“The Armenian Assembly of America greatly appreciates the efforts of Armenian Caucus leadership and welcomes the decision to bring H.Res.296 to the House floor. This bipartisan resolution affirms the Armenian Genocide and America’s unprecedented humanitarian relief to help save the survivors of the first genocide of the twentieth century,” stated Assembly Executive Director Bryan Ardouny. “We urge all Members to support this important human rights measure and send a strong message that the days of genocide denial are over.”

“As the leadership of the Congressional Caucus on Armenian Issues, we are very pleased that H.Res. 296, a resolution recognizing and memorializing the Armenian Genocide, will receive a vote next week by the full House. The genocide, which lasted from 1915 to 1923 and killed 1.5 million Armenians as well as many other religious and ethnic minorities, was recorded in real time by American diplomats and is supported by historical records.

“Too many Americans are unaware of the first genocide of the 20th century, as well as the massive humanitarian response led by the United States which saved countless lives. At a time when Turkey has launched a campaign into Northern Syria, which has killed hundreds and displaced hundreds of thousands of civilians, it is all the more important that the House speak clearly and directly about crimes against humanity, whether they occurred a century ago or in the present day. Next week, all Members of the House can go on record to state clearly the historic fact of the genocide, joining 49 U.S. states and many of our closest allies that have already taken this important step.”