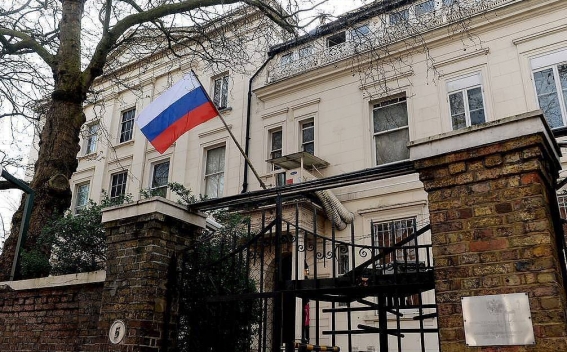 The Russian Embassy in London has criticized BBC for starting the filming of a three-part drama about the case of an alleged poisoning of former Russian military intelligence colonel Sergei Skripal and his daughter Yulia in Salisbury last year, TASS reports.

BBC announced plans to make the film in May this year and, according to various media reports, launched the shooting of the drama in late October. The release date of the film has not been yet announced.

"It is regrettable that instead of demanding from their authorities answers to multiple questions regarding the incident, British journalists prefer working on Salisbury in a feature film genre," a diplomat from the Russian Embassy in London told journalists.

"It does not help to establish the truth, but also fixing solidly unproved and politicized versions of the British authorities in the public opinion," he continued.

"It is difficult to comment on the film, which has not been released yet. Nevertheless, we want to point out that a feature film is no way a replacement of the full-fledged investigation into the Salisbury incident," the Russian diplomat added.

As the UK asserts, former Russian military intelligence (GRU) Colonel Sergei Skripal who had been convicted of spying for Great Britain in Russia and later swapped for Russian intelligence officers, and his daughter Yulia suffered the effects of a nerve agent in the British city of Salisbury on March 4, 2018.

Claiming that the substance used in the attack had been a Novichok-class nerve agent developed in the Soviet Union, London rushed to accuse Russia of being involved in the incident.

Russia has flatly rejected all speculation on this score, pointing out that, no program of any kind for the development of this nerve agent had ever existed in either the Soviet Union or Russia.