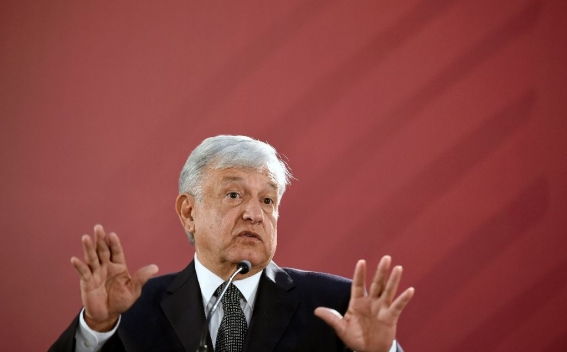 Mexican President Andrés Manuel López Obrador batted down a Tuesday offer from President Trump to use U.S. military forces against Mexican drug cartels to "wipe them off the face of the earth", The Hill reports.

Trump called for “an army to defeat an army” after reports emerged that at least 10 members of a Mormon family with dual U.S.-Mexico citizenship were killed, allegedly by cartel gunmen, in northern Mexico.

"This is the time for Mexico, with the help of the United States, to wage WAR on the drug cartels and wipe them off the face of the earth. We merely await a call from your great new president!" Trump wrote on Twitter.

At his daily morning press conference on Tuesday, López Obrador, who was inaugurated last December, declined the offer, saying, "It's not in agreement with our convictions. The worst thing is war."

Trump's offer to wage war against the cartels using U.S. forces in Mexico touches a third rail of Mexican politics, given the history of U.S. intervention in the country.

And it runs afoul of López Obrador's campaign pledge to end the long-running drug war, which he blames on former President Felipe Calderón, his political nemesis.

In May, Trump threatened to impose growing tariffs on all Mexican goods unless the country effectively stymied the growing flow of migrants from Central America.

López Obrador was forced to use his newly created National Guard for immigration enforcement, rather than its initial purpose of combating crime at street level.

The security missteps have fed mounting tension between López Obrador and the Mexican Army, from which he siphoned a majority of the National Guard's troops.

López Obrador responded on Twitter, saying his supporters would not permit "another coup d'etat."

Mexico has not had a successful military takeover since its 1910–1921 revolution.