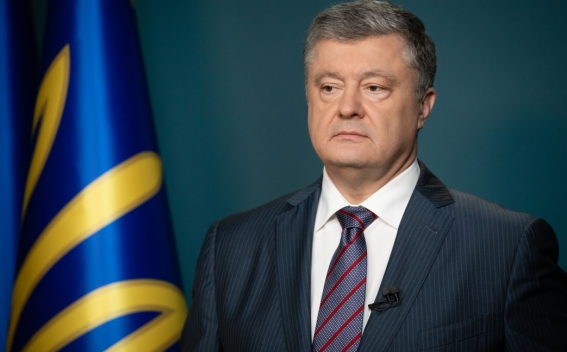 The Pechersky District Court in Ukraine’s capital Kiev has authorized access for State Bureau of Investigation officers to documents of the Pension Fund of Ukraine regarding incomes of Pyotr Poroshenko during his presidency, the Delovaya Stolitsa newspaper said citing a court ruling dated October 30, TASS reports.

A judge ruled "to authorize temporary access for a group of investigators to documents held by the Pension Fund and subdivisions, which contain information about payroll accounting, income accounting and amounts of insurance payments made [by Poroshenko] between June 7, 2014 and May 19, 2019."

The ruling cannot be contested in court.

"The ruling was made as part of investigation into Pyotr Poroshenko’s vacation on the Maldives," the paper said.

Several cases have been opened against Poroshenko after his defeat in the spring presidential election. He is suspected of high treason, abuse of power, money laundering, tax evasion, an attempt to usurp judicial authority and illegally appointing ministers in 2016 when there was no coalition in the country’s parliament, the Verkhovna Rada.

One of the cases concerns Kiev’s Kuznya on Rybalsky factory, which was one of Poroshenko's largest assets and which, according to the media, the former president fictitiously sold to Ukrainian businessman Sergei Tigipko. The case of the factory’s loss was opened on suspicion of tax fraud and the further laundering of illegally gained income.

Another case is investigating the possible involvement of the former president and former head of the National Bank Valeriya Gontareva as well as other people in the withdrawal of funds to offshore accounts. On September 12, Ukraine’s law enforcement bodies carried out searches at Kiev International Airport as part of the case of Poroshenko’s use of fake passports when travelling abroad. In early August, it emerged that the State Investigation Bureau of Ukraine registered a criminal case, which concerns the possible trip of the former president and his accomplices to the Maldives under fake documents in 2018 with support of customs and border services.