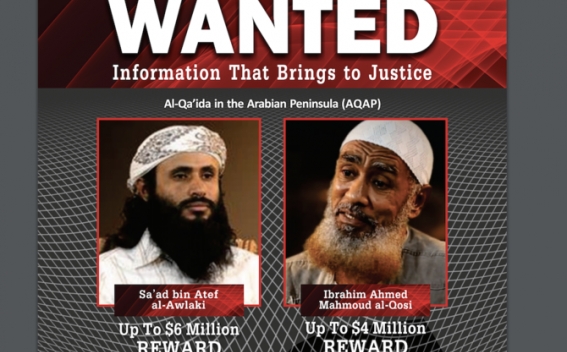 The United States on Thursday offered a reward of up to $10 million for information on two senior leaders of Al-Qaeda in the Arabian Peninsula (AQAP), the State Department said, Arabnews reports.
Michael Evanoff, the assistant secretary for diplomatic security, told reporters in a briefing that the department was offering up to $6 million for information on Sa’ad bin Atef Al-Awlaki and up to $4 million for Ibrahim Ahmed Mahmoud Al-Qosi, who he said have encouraged attacks against the United States.