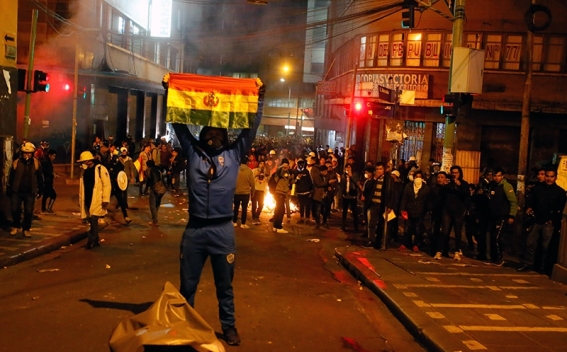 The presidential election in Bolivia was held on October 20. According to the Supreme Electoral Court, incumbent President Evo Morales won in the first round. His main competitor, Carlos Mesa, said that he does not recognize Morales' victory in the first round. After the results of the election were announced, large-scale protests and strikes started across the country.

On November 10, Morales announced his resignation and characterized the situation in the country as a coup. He was earlier asked to leave his post by the country's armed forces, opposition and labor unions. The Mexican authorities granted political asylum to Morales. Morales arrived in Mexico on Tuesday.