Pompeo: U.S. will Continue to Lead Fight Against ISIS 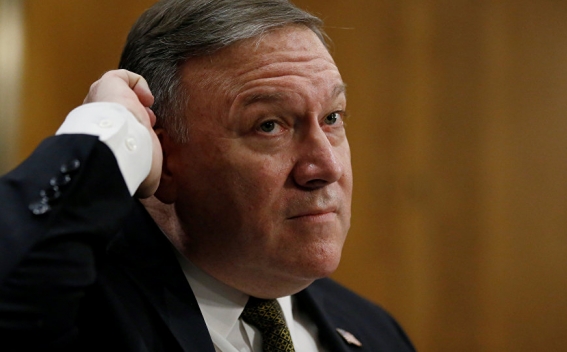 U.S. Secretary of State Michael R. Pompeo is pledging continued U.S. leadership of the Global Coalition to Defeat ISIS, cautioning that the fight against the terrorist group is not over, despite recent victories, share.america.gov reports.

“You all know we must keep taking the fight to ISIS,” Pompeo told a November 14 ministerial meeting of coalition partners in Washington. “The United States will continue to lead the Coalition, and the world, on this essential security effort.”

Pompeo hailed the coalition’s successes, including the destruction of the ISIS caliphate in March and the killing of leader Abu Bakr al-Baghdadi in October. But much work remains, including prosecuting thousands of ISIS fighters for war crimes, providing ongoing support for the group’s victims, and ensuring ISIS never regains a foothold.

The destruction of the terrorist state has allowed 4.3 million Iraqi civilians to return home since April 2015 and liberated more than 110,000 square kilometers from the group’s control.

“The fight against ISIS is a long-term test of will, a test of civilization against barbarism,” Pompeo told coalition members. “I know where we all stand. Let’s work together to make sure that our enemy knows that too.”