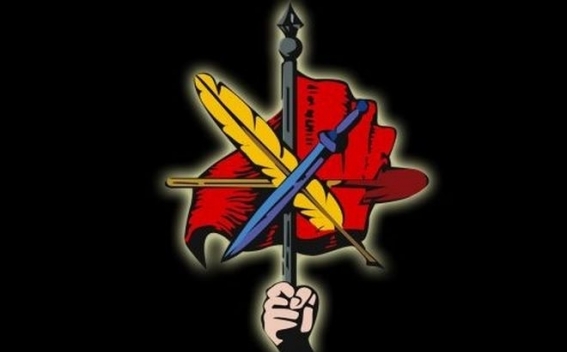 The Armenian Revolutionary Federation (ARF, Dashnaktsutyun) has expressed its “deep concern” over recent months’ political developments in Armenia, calling on the country’s authorities to “eliminate the atmosphere of widespread fear and persecution.”

In a statement adopted in Brussels on November 13, but made available to the media by the political party’s public relations office only today, the ARF Bureau, in particular, said: “The intolerant approach adopted by the Armenian authorities, attempts to reject dissent and respond with harassment or threats to criticism create an oppressive and divisive atmosphere in the country, which is deepening day by day.”

The ARF’s governing body urged the Armenian authorities to “eliminate the atmosphere of widespread fear and persecution and establish a culture of healthy political relations in Armenia.”

The statement comes amid a continuing standoff between the ARF youth wing in Armenia with the country’s minister of education, science, culture and sports over a controversial education reform.

Young Dashnaks have staged protests in front of the ministry building, demanding Minister Arayik Harutiunian’s resignation over his policies that include making the teaching of the Armenian language, literature and history optional at universities. They insist that this and other policies of the ministry undermine national values.

Harutiunian, a key figure in the country’s 2018 “velvet revolution” and one of the closest allies of Prime Minister Nikol Pashinian, has rejected the criticism, saying he will not resign.

On several occasions Pashinian publicly expressed his support for the reforms pursued by the ministry headed by Harutiunian.

Talking to RFE/RL’s Armenian Service (Azatutyun.am), ARF Supreme Council of Armenia representative Ishkhan Saghatelian said that the campaign for the resignation of the minister will continue at a larger scale.

Among other things, young Dashnaks also criticize the ministry for providing state funding for a documentary telling about an Armenian transgender athlete who currently lives in the Netherlands. They accuse the government of thus propagandizing “nontraditional” sexual relations and undermining traditional family values.

Speaking in parliament on Wednesday, Prime Minister Pashinian dismissed such criticism as “cheap propaganda,” and expressed his support for the documentary and the athlete – 31-year-old Mel (Meline) Duluzian, who won three European weightlifting titles performing for Armenia.

“This person is under my personal protection,” Pashinian stressed.