Roadways are Closed and Difficult to Pass: Drivers are Advised to Drive Only on Winter Tires 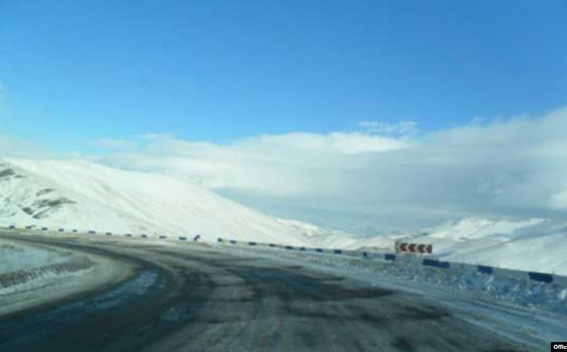 According to the Ministry of ES of RA on December 5 by 12:30 some roads in Armenia are closed and difficult to pass.

Vardenyats Pass (from the side of Gegharkunik Province) is closed for trucks and difficult to pass for other vehicles.

Black ice is formed in Aragats and Aparan regions of Aragatsotn Province, in Gorayk village, in "Zanger" part of Sisian town of Syunik Province.

It is snowing in Aragats region of Aragatsotn Province, in Gegharkunik and Syunik Provinces, in Jermuk town of Vayots Dzor Province, in Berd, Dilijan towns of Tavush Province.

There is fog in Abovyan town of Kotayk Province, in Vardenyats Pass and on Saravan-"Zanger" roadway.

According to the information received from the Roads Department of the Ministry of Regional Development and Infrastructure of Georgia Stepantsminda-Larsi highway is open for all types of vehicles.

Drivers are advised to drive only on winter tires.

Construction works are underway on Vanadzor-Alaverdi-Bagratashen highway, as a result of which the above-mentioned section of the road is closed for trucks. The following alternative highway has been established: