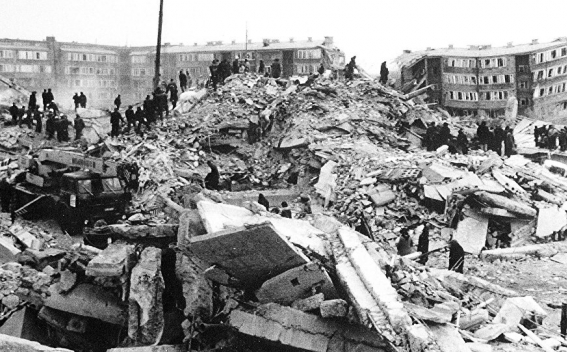 Armenia was shocked by the devastating earthquake that struck the country on December 7, 1988, at 11:41am local time; that is, 31 years ago on this day.

The strong underground shaking destroyed Armenia’s northern portion, with a population of one million, in a matter of thirty seconds.

At Spitak town, the epicenter of this tremor, the quake measured over magnitude 7. Shocks were also recorded in capital city Yerevan as well as in Tbilisi, the capital city of Georgia.

According to official figures, the disaster claimed around 25 thousand lives, about 19 thousand people became disabled, and close to 530 thousand others were left homeless.

Spitak was destroyed almost completely as a result of this earthquake. Also, 21 cities and townships plus 324 villages were ruined. Eighty percent of Armenia ’s second largest city, Gyumri— Leninakan at the time, was annihilated. There was considerable destruction in the country’s third largest city, Vanadzor—Kirovakan at the time, as well.