Today Is The Fifth Day Of The Strike In France 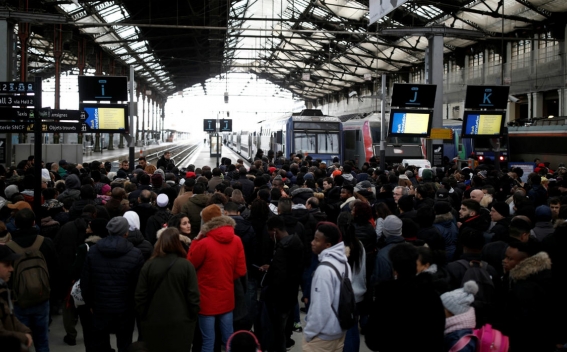 French commuters and tourists braced for a fifth day of public transport chaos Monday as the government prepared to respond to widespread anger over pension reform that has sparked open-ended walkouts, France 24 reports.

As both the government and unions vowed to stand firm, businesses started counting the costs of the strike which began last Thursday when some 800,000 people took to the streets across France in a mass rejection of plans to introduce a single, points-based pension scheme, unifying 42 existing plans.

A week of conflict likely lies ahead, with Jean-Paul Delevoye, whom Macron appointed to lead the pension reform project, set to unveil the outcome of his months-long consultations on Monday, followed by Philippe announcing the final details of the proposed reform plan on Wednesday.