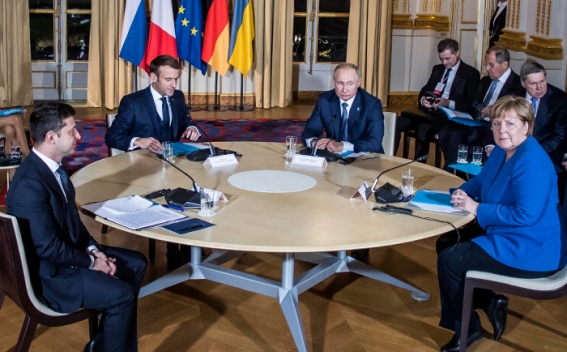 "I hail France’s and Germany’s efforts towards agreements on ceasefire, disengagement of forces and prisoner exchange. It was the first step forward in the process of political settlement," he said, adding that political settlement in Ukraine could only be achieved through dialogue in the Normandy format.

"We are convinced that the only lasting solution to the conflict can be found only within the dialogue in this format. I hail the progress that was reached at the Paris summit," he stressed.