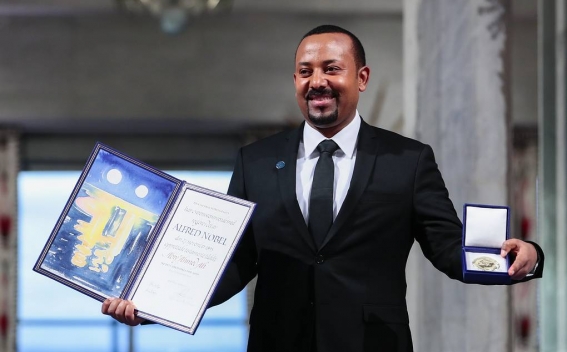 Abiy, 43, won the Nobel for his efforts to resolve the long-running conflict with Eritrea. Announced back in October, the prize also honoured his mediation efforts in eastern Africa and the democratic reforms he has undertaken in his country, long ruled by authoritarian leaders.

Ethiopia saw spectacular progress in the months after he took power in April 2018, but the winds have since shifted: in addition to the stalled peace process with Eritrea, his reforms aimed at opening up Ethiopia have paradoxically given rise to a flare-up of ethnic tensions.
Faced with these challenges, Africa’s youngest leader called for unity as he picked up his award at Oslo’s flower-bedecked City Hall, in a formal ceremony attended by the Norwegian royal family and dignitaries.
На русском