Armenia to Have Customs Attaché at Upper Lars 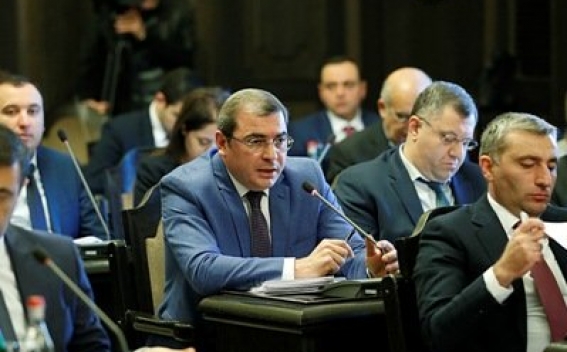 The Government of Armenia decided today to approve the draft decision on having a customs attaché at Upper Lars, news.am reports.

The draft decision was presented by State Revenue Committee Chairman Davit Ananyan. He noted that it is envisaged that there will be one customs attaché of Armenia under to the Embassy of Armenia in Russia as an adviser. He added that this customs attaché shall be appointed for a term of three years, and by the decision of the Government. The respective residence of this customs attaché will be in Vladikavkaz town, 20-25 kilometers from the Upper Lars customs checkpoint on the Russia-Georgia border.

"During this period we have not had major crises and insurmountable situations in Upper Lars," Prime Minister Nikol Pashinyan noted, for his part. "We have a very good working atmosphere with our partners in Russia and Georgia, and we work very efficiently. Simply, the status of a customs attaché will help so that the members of the Armenian government will not deal with all matters because very important issues sometimes suffer from it."

And Foreign Minister Zohrab Mnatsakanyan said the Armenian Foreign Ministry welcomes this decision, and they have a respective agreement with the Russian side.