Armenia, Artsakh and the World Around: What the Stars Say 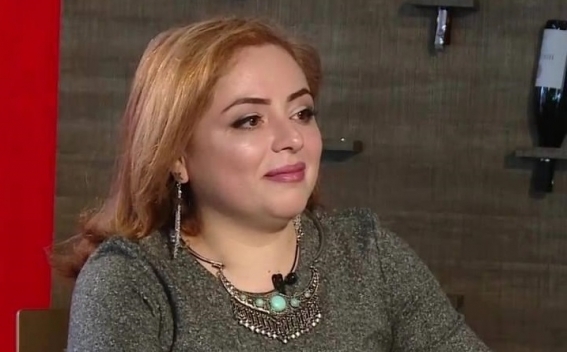 - With the beginning of the New Year, of course, everyone is interested in what it will be like - the new year, new hopes, new plans, dreams ...

- Firstly, information about auspicious and unfavorable stars is just a guide that will help you better navigate the ups and downs of the coming year. This year will have its difficulties, which will not allow you to relax. Therefore, you need to think outside the standards and understand the fallacy of tough and ossified actions. Failures in plans and life goals can be frustrating only if you are not ready for them. It is not worth tearing to fulfill all obligations or tasks, proceed step by step. Watch your health, do not get depressed.

When your luck grows, it’s good to imagine that it benefits not only you, but also others. One way to do this is to donate a percentage of your extra income to those who work to improve people's lives. And this will positively affect not only them, but also you.

- So, according to the Eastern calendar, 2020 is the year of the Metal Rat, which begins on January 25.

- Yes, the Rat (mouse) begins a new 60-year calendar cycle, which, of course, will bring new developments, since the Rat is the first animal in the Eastern calendar, that is, the beginning of the calendar.

The peculiarity of the year of the Metal Rat is that the elements of metal and water will be very strong, which does not contribute to economic development or revitalization, but is favorable for growth in other areas, such as metalworking, military industry, electrical engineering and tourism. Usually during the years of metal, military clashes often take place, since metal is a weapon element, and in 2020 there is a powerful metal, since it is yang metal. I note that in the Eastern calendar there are 10 elements, half - yin, half - yang, which follow each other every year.

- December 26 - circular eclipse of the sun. What was the peculiarity of this eclipse?

- Its peculiarity is that the conjunction of the Sun and the Moon occurs at a degree important for Armenia, at 3 degrees of Capricorn, where the star Polis is located, which, by the way, is on the ascendant of the RA, that is, there will be significant changes in urban, political life, Information Technology will develop. This will also continue in the new year, as the impact of the eclipse lasts six months. This eclipse can also cause a change of residence, numerous trips.

- Is there a danger of war?

- If we take the theory of Flying Stars, we note: in 2020, the Fifth Star will appear in the east, one of the most negative and destructive stars in Chinese metaphysics. Placing these stars on a map determines which regions will prosper and which will weaken. Artsakh is east of us. In the Karabakh conflict, aggravation of the situation is expected in March. The likelihood of exacerbation is high, especially in the summer months, when the Fifth Star will be very strong. And in general, in the new year, all eastern countries are under adverse influence.

In countries located in the center of the continent, the growth of armaments is expected, where the Seventh Star is active: it is metal, it is associated with weapons, the army. The danger extends to the eastern part of Yerevan as well, that is, to the Nork massive, where you should not move in 2020. March and October are unfavorable for the eastern direction, as the Seventh Star appears along with the Fifth. Therefore, it is advisable not to go east, not to move to a house that is in the east direction or if the door of the house is in the east.

The southern direction is also unfavorable, there is a star of diseases here: some new diseases from the southern countries can penetrate into the central countries. Beware of epidemics.

- In the world, before our eyes, moral values rooted for centuries are changing. Modes unworthy of human nature are legalized. Is this also due to the location of the stars?

- Yes. The current location of the stars shows that the desire to understand inexplicable phenomena can lead to the destruction of people, which is done through games, films, the media, propaganda of perversions, which is done in order to distract people from their true spiritual values. It has been several years since it began.

In the field of trade, changes will also occur, i.e. non-cash and online transactions will prevail, and they will become widespread over the next 7 years. The change in morals is connected with the position of higher planets, since they determine the general tendency. Since these planets were discovered during and after the French Revolution, it is believed that they are associated with ideas, that is, Uranus is associated with the economic revolution. Within seven years, an economic revolution will occur throughout the world.

It should be noted that such a position of stars was in 1935, which determined the global changes known to us, the Second World War took place. The foundation of repression and terrorism was laid during this period. Traditional families were getting destroyed,  as well as the perception of nations as values.

- Is there any hope for the return of these values?

- It's impossible. Pluto’s influence is crucial, global political systems are in crisis, false values are being promoted. The development of technology over the next 30 years will create a new economic and political structure that will completely change humanity. And it (Pluto) simply will not allow the old traditional values to return.

The Saturn-Jupiter union happens once every 20 years and always symbolizes new changes. For example, remember 2001. There was a parade of planets in both 2000 and 1940.

- What awaits Armenia in the year of the Metal Rat?

- Modern Armenia has strongly marked signs of Capricorn and Virgo. These are heavy earth signs. Mars is weak, and it will affect the military. Weak Jupiter in the sign of Virgo, that is, a weak economy. The economy is built on debt, not on its own funds. The only strong planet is Saturn, which is the planet of obstacles, prohibitions, difficulties, as well as the planet of karma. That is, those who fight for justice, a good life, always encounter obstacles, "hit their forehead against the wall."

The Moon is independent, that is, people prefer to make independent decisions, solve the problems on their own, improve their own financial situation, no matter what order, what kind of leadership is in the country. That is why emigration takes place. Since the Moon is in Aquarius, therefore, Armenians love to travel, move mainly to Russia, because this country is under the sign of Aquarius. The United States also has something in common, so the United States is another point of mass emigration.

- And how does astrology explain the difficult situation of independent Armenia?

- This is fully explained by astrology. For proclaiming independence of the Republic of Armenia very unfavorable day was chosen: all the destructive planets were in Capricorn, which is the sign of Armenia.

2020 will be decisive for Armenia. The planet Saturn returns, that is, there will be an exam of the path traveled. And when in a few years Pluto arrives at the place of Saturn, then expect serious changes, there will be a great danger to the country.

A crisis is also expected in the USA. It has long been predicted that the United States will face a serious crisis in 2020 due to the war in Syria.

- Your New Year wishes to our readers ...

- It is important to maintain a healthy distance to life's any anxieties and find positive moments in any situation. Life is too short to always be in a mode of negativity or selfishness.