Iraqi PM Tells US to Start Working on Troop Withdrawal 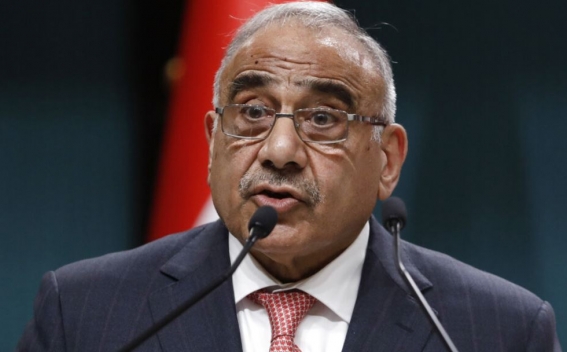 Iraq’s caretaker prime minister asked the U.S. secretary of state to start working out a road map for an American troop withdrawal from Iraq, his office said Friday, signaling his insistence on ending the U.S. military presence despite recent moves to de-escalate tensions between Iran and the U.S., CNBC reports.

Adel Abdul-Mahdi made the request in a telephone call with Secretary of State Mike Pompeo on Thursday night, his office said in a statement. He also told Pompeo that recent U.S. strikes in Iraq were an unacceptable breach of Iraqi sovereignty and a violation of the two countries’ security agreements.

The Iraqi leader asked Pompeo to “send delegates to Iraq to prepare a mechanism to carry out the parliament’s resolution regarding the withdrawal of foreign troops from Iraq,” according to the statement.

“The prime minister said American forces had entered Iraq and drones are flying in its airspace without permission from Iraqi authorities and this was a violation of the bilateral agreements,” the statement added.

Speaking to Pompeo, Abdul-Mahdi stopped short of requesting an immediate withdrawal and appeared to give the U.S. time to draw up a strategy and timeline for departure. Still, the comments suggested he was standing by the push for the American forces to go despite recent signals toward de-escalation between Tehran and Washington after Iran retaliated for Soleimani’s death with a barrage of missiles that hit two Iraqi bases where U.S. troops are based but caused no casualties.

There are some 5,200 U.S. troops in Iraq assisting and providing training to Iraqi security counter-parts to fight the Islamic State group. An American pullout could deeply set back efforts to crush remnants of the group amid concerns of a resurgence amid the political turmoil.

The U.S. State Department acknowledged that Pompeo had called Abdul-Mahdi but made no mention of U.S. troops in a readout of the call released late Thursday.

Spokesperson Morgan Ortagus said Pompeo reiterated the United States’ condemnation of the Iranian missile strikes on the two bases and underscored that President Donald Trump “has said the United States will do whatever it takes to protect the American and Iraqi people and defend our collective interests.”