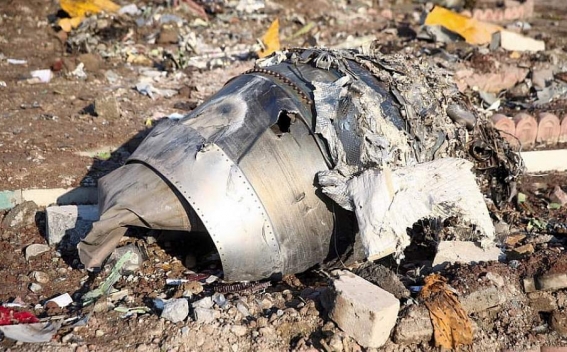 "The black boxes of the downed Boeing will be decoded in Ukraine. On January 15, the chairman of Iran's aviation bureau and all specialists will come here, and decoding of the black boxes will start on January 20," Ruvin told Ukraine's TSN TV channel. He added that work continues on identifying the victims in the crash, with DNA analysis being used in the process. "The Iranian president set out a task to hand over all remains by January 19," the expert noted.

Talking about working on the site of the crash, Ruvin said that Ukrainian specialists quickly realized that the passenger plane was hit by a missile. "Thanks to the emergency service that set up lighting during the night, we found the parts that indicated that the plane was downed by a missile," he noted. "We we planning to share our final conclusion in the morning, but then the Iranian side admitted downing the plane," he added.

An Ukrainian commission flew to Tehran on the day of the crash, and experts started working on the site on the next day, January 9.

On January 8, the Ukraine International Airlines Boeing 737 plane en route from Tehran to Kiev crashed shortly after takeoff near Tehran Imam Khomeini International Airport. There were 176 people on board, and no one survived. Among them were citizens of Afghanistan, Germany, Iran, Canada, Ukraine, the United Kingdom and Sweden. On January 11, Iran's General Staff of the Armed Forces issued a statement saying that the plane was accidentally downed by an Iranian missile after being mistaken for a cruise missile.