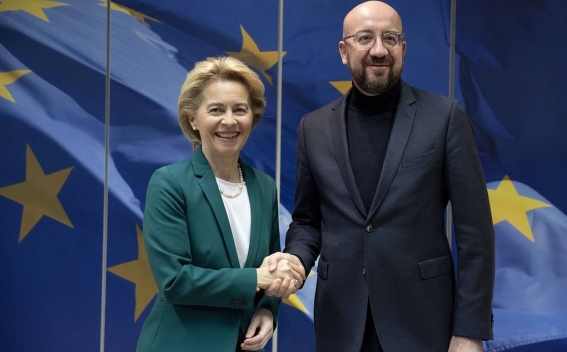 Ursula von der Leyen and Charles Michel, the leaders of the European commission and council, have formally signed the withdrawal agreement as Brussels prepares for the UK’s exit from the EU in seven days’ time.

As The Guardian reports, Von der Leyen tweeted: ''Charles Michel and I have just signed the agreement on the withdrawal of the UK from the EU, opening the way for its ratification by the European parliament.''

The document, which runs to nearly 600 pages, contains among other issues agreements on citizens’ rights, the UK’s £33bn worth of financial obligations to the bloc and the Northern Ireland protocol, establishing the arrangements for maintaining an open border on the island of Ireland.