Garo Paylan Nominated for Nobel Peace Prize: Organizations Can Join the Initiative and Give Their Vote to Him 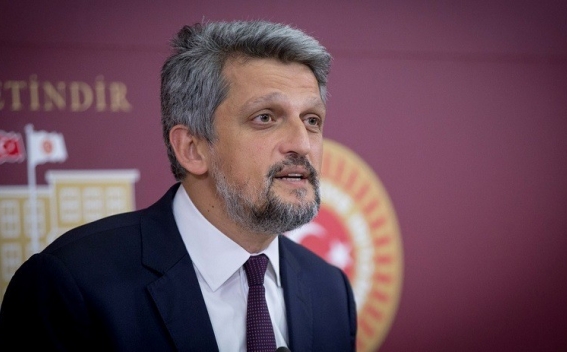 The organization has for the second time applied to the Nobel Committee with the proposal to award Nobel Peace Prize 2020 to the deputy of the Parliament of the Turkish Republic –  Garo Paylan – a person who has dedicated all his life to the protection of the violated rights of the Armenian as well as other indigenous peoples of the Greater Middle East including Western Armenia, Syria, Iraq and Turkey itself.

Being from Malatya the region of Western Armenia from the family of survivors of the Armenian Genocide in 1894-1923 on the territory of Western Armenia, Cilicia and the Ottoman Empire, he as a descendant of the victims of the genocide in his historical Motherland is personally acquainted with all consequences of this horrifying crime against humanity, recognized and condemned by the leading countries of Europe, America, European Parliament as well as by many influential international and religious organizations.

''He strongly condemns Turkey’s aggressive policy and its military intervention in neighboring sovereign states particularly full-scale military actions in Iraq and Syria. Today, he is one of the few people who undertook responsibility for protecting the human values and religious and ethnic minorities of the region,'' says Saida Ohanyan, Head of HAMSHENIAN Union.

''The seeds of peace, tolerance and mutual understanding between people of different nationalities and faiths sown by Paylan are already giving positive results even in Turkish society. And this takes place despite the ongoing pressure and real threats against the deputy from pro-government nationalist and extremist forces, adherents of the tyrannical regime of Erdogan, more than once requiring the cessation of his political and humanistic activities,'' she continues.

The organization calls on all institutions and organizations protecting goodwill, women’s and human rights, as well as international organizations to join the initiative and to give their vote to Garo Paylan.

Saida Ohanyan asks all to apply to the Nobel Committee with a request to award Garo Paylan with Nobel Peace Prize 2020 as ''the greatest humanist of our time.''

The time of application is limited. January 31, 2020 is the deadline.

He was once again nominated for the Nobel Peace Prize in 2018.