Turkish Foreign Ministry Called on US not to Release Hampig Sassounian 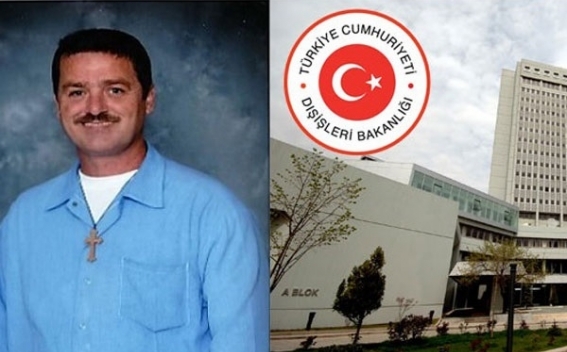 The Turkish Foreign Ministry has demanded from the United States not to release Hampig Sassounian, the Lebanese-Armenian gunman who is serving a life sentence in the US for the 1982 assassination of Turkey’s Consul General in Los Angeles, Ermenihaber reports.

''We call on the relevant U.S. Authorities not to release Hampig Sassounian, who brutally assassinated Consul General Arıkan. Granting parole to this murderer will only serve the hands of extremists worldwide and give the message that hate crimes and terrorist attacks against foreign diplomats on duty can be pardoned,'' the statement reads.

On December 29 a California court ordered the conditional release of Sassounian. And on January 27, 2020, despite Turkey's exhortations and statements, a decision was made to release Hampig Sassounian.

Hampig ''Harry'' Sassounian was 19 when he and a companion, who has not been caught, killed Turkey’s consul Kemal Arikan. Arikan was gunned down in his car by the two gunmen while waiting at a red light on the intersection of Wilshire Boulevard and Comstock Street in the Westwood area of Los Angeles.

A group called the Justice Commandos of the Armenian Genocide, to which Sassounian belonged, called a news service shortly afterward and claimed responsibility for the shooting, and other killings of Turkish diplomats, ''to demand justice for genocidal crime in Turkey in 1915.''