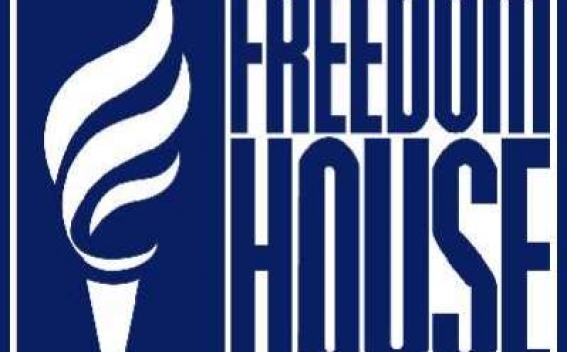 Far right movements that are skilled at imposing their agendas on society and shaping social and political discourse are gaining momentum in Ukraine, Georgia and Armenia, a new report by Freedom House says.

In case of Armenia, the report cites Adekvad group which "reflects typical antiliberal, antiglobalist ideology, calling for a return to "traditional" values". However, according to the report, "taking into account the current conditions in Armenia, the rise of reactionary, far-right ideology does not come as a surprise." Author April Gordon suggests that the Armenian society has many of the characteristics that have proven to be fertile ground for budding far-right movements.

Despite Adekvad’s young cofounder Artur Danielyan attempts to present the movement as a means of legitimizing ultraconservative and antiglobalist discourse in the country, and European movements such as Alternative for Germany as allies, the group is also widely rumored to receive significant support from the Kremlin.

"In an interesting departure from the established pattern in Ukraine and Georgia, Armenia’s government adopted a severe stance against Adekvad’s far-right activities early on," the report notes. Armenian PM Nikol Pashinyan as vehemently criticized the group, publically accusing it of being secretly affiliated with the former government and with Russia and even labeling it as "men in black". Moreover, once the group announced its intention to form a political party, Danielyan and several other members of Adekvad were subsequently detained for several hours by police.

"These arbitrary detentions—perceived as having been ordered by Pashinyan—backfired. Instead of turning public opinion against Adekvad, the group received sympathy over what were widely regarded as unjustified arrests," the report says.

While analysts generally acknowledge that Adekvad has no ability to claim political power in the near future, the movement is an increasingly influential presence within Armenia’s political discourse, particularly among youth and social media users.

Overall, the author believes that the rise of far-right groups in Ukraine, Georgia, and Armenia has serious consequences for the continued political development of these societies. Thus, "Eurasia’s far-right groups have an impact that carries well beyond the formal political arena, as they are both adept at shaping social and political discourse in their respective societies and pose a direct physical threat to vulnerable minority populations. Moreover, such groups can be and often are exploited by malicious actors seeking to serve their own ends. Unless serious action is taken, far-right influences will continue to flourish in these societies, marring their potential for further democratic development."

At the same time, the report notes that it is detrimental for the state to crack down on far-right groups without clear legal justification as this forces them underground and causes further radicalization of far-right elements.

"As demonstrated in Armenia, it may also cause large segments of society to view the radical groups more sympathetically than they might otherwise," the author notes and urges governments in Ukraine, Georgia, and Armenia to treat far-right groups fairly under the letter of the law, adopting attitudes that are neither too lax nor too strict.