Genocide of Armenians in Baku and Sumgait Needs to Be Recognized: Caroline Cox 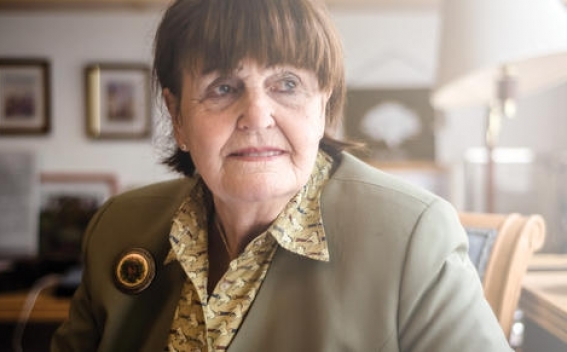 The genocide of Armenians has been continuing in Baku, Sumgait, and Nagorno-Karabakh and needs to be recognized so that it does not continue with impunity, Baroness Caroline Cox said during the  "The Forgotten Refugees: What Happened to the Armenians of Baku?" conference at the European Parliament, News.am reports.

She recalled that she is in a black list of Azerbaijan because of her visits to Artsakh.

"I know people who fled to UK because of pogroms in Baku," Caroline Cox said, adding that the situation in Azerbaijan during those years was not "a wonderful picture of democracy and openness" as one of Azerbaijani participants tried to present.

Anna Astvatsaturian Turcotte, the refugee who fled Azerbaijan in the beginning of 90s, told her story of fleeing Azerbaijan.

"Many of us have horrible memories of years living in cold and blockaded Armenia escaping with nothing. So many spirits were broken. So many lives were destroyed the lives of 350 thousand of people like me," she said.

ULB lecturer David Babaev, in turn, thanked the European Parliament for offering a platform "to voice our concern about the situation with Armenian refugees who were forced to leave Baku in 1990".

"Those atrocities: violence, intimidation, rape, murder and burning people alive should not stay unpunished," he added.

The conference titled "The Forgotten Refugees: What Happened to the Armenians of Baku?" is organized by the European Armenian federation for Justice and Democracy (EAJD), mission of Armenia to the EU.