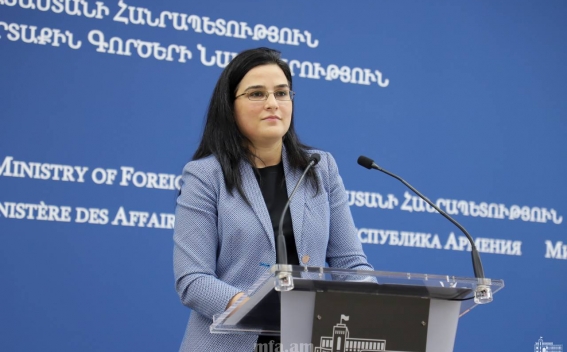 We once again strongly deny such assumptions which have nothing to do with the reality, Spokesperson of the Foreign Ministry of Armenia Anna Naghdalyan said, commenting on the claims of a candidate for the President of Artsakh Vitaly Balasanyan according to which during their recent meeting in Geneva the Armenian and Azerbaijani Foreign Ministers ''discussed the issue of building joint settlements of Azerbaijanis and Armenians in the southern part of Kashatagh and Lachin regions and deploying peacekeeping forces there''.

''For the sake of our pan-national goals and aspirations, we call on not to make the speculations over the Nagorno Karabakh peaceful settlement process a tool for the domestic political campaign and  urge to refrain from spreading obvious lies and provocative information in the fight for being elected representative of the people of Artsakh'', said Anna Naghdalyan, Armenpress reports.