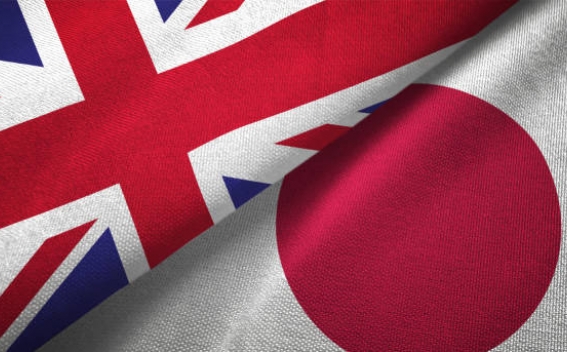 Raab met Motegi in Tokyo during his first overseas trip following Britain’s departure from the EU, and as it negotiates its future relationship with Brussels and begins free trade talks with other major economies including the United States and Japan.

“With Foreign Minister Motegi I have discussed how we can deliver a new bilateral arrangement at least as high a standard, if not higher, and at least as ambitious as the EU-Japan Economic Partnership agreement,” Raab told reporters alongside Motegi.

The EU-Japan trade deal, which reduces tariffs across a raft of products, including Japanese autos, came into force a year ago.

Motegi said he had asked London to lift import restrictions on Japanese food and other products that were imposed by Brussels after the nuclear accident at Fukushima in 2011.

The EU eased those regulations last year, but still insists on inspections and certificates of origin for some Japanese produce, such as sea food.

Tokyo may be better positioned to win concessions from London as Britain is eager to conclude agreements to replace those it benefited from as an EU member, and because the British economy carries less weight in negotiations than the bigger EU bloc.

Raab also sought to ease Japanese concern that the EU exit could result in trade friction with the rest of Europe. Japanese manufacturers such as Nissan Motor Co (7201.T) built plants in Britain because it offered a convenient gateway to the EU.

“I recognize that these businesses need certainty, which is why we seek to ensure that certainty as the U.K. forges a new partnership with the European Union,” he said.

Raab, who traveled to Japan from Australia, will stop in Singapore and Malaysia before returning to London.