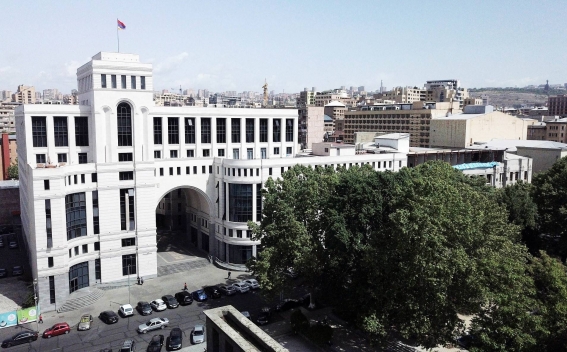 The Ministry of Foreign Affairs of Armenia has issued a statement on the ECHR ruling on the ''Saribekyan and Balyan vs Azerbaijan'' case. The statement reads as follows:

''On January 30 the European Court of Human Rights ruled in the case of Saribekyan and Balayan vs Azerbaijan. It is related to the death circumstances of the citizen of the Republic of Armenia Manvel Saribekyan at the Military Police Department of the Ministry of Defence of Azerbaijan. On September 11, 2010, Manvel Saribekyan due to bad weather conditions lost his way in the borderline of Tavush region of Armenia and found himself on the Azerbaijani side. A month later Saribekyan’s body was returned to the Armenian side. According to the Azerbaijani version the Armenian shepherd had committed suicide at the Military Police Department of the Azerbaijani Defense Ministry.

It should be recalled that the Azerbaijani side had initiated criminal proceedings against Manvel Saribekyan on obviously false charges and forced him to appear on the Azerbaijani TV by means of torture.

The ruling is unprecedented: for the first time the European Court of Human Rights has found  Azerbaijan’s responsibility for the deprivation of life of the citizen of Armenia and established that the citizen of the Republic of Armenia  died as a result of the violent actions of others, notably personnel at the Military Police Department of Azerbaijan.

This ruling once again demonstrates that Azerbaijan is overtly violating its international human rights obligations. It also indicates that every Armenian who would fall under the control of the Azerbaijani authorities, regardless of his or her status, is subjected to a life threat.

The Republic of Armenia will continue its consistent efforts to ensure security of the citizens of Armenia and the Armenian people and achieve justice''.