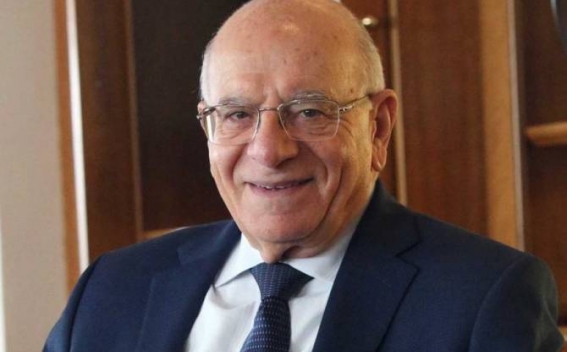 American-Armenian asset manager Mark Chenian is a heir of genocide survivors. His parents were born in Western Armenia and were saved by German and American missionaries. The two fortunate babies ended up in Egypt. ARMENPRESS reports in an interview with "Cyprus-mail" Mark Chenian, presenting the story of his family, noted that during that time when 1.5 million Armenians fell victim of the genocide, the two orphans grew up in different families and then joint, forming a family.

Mark’s mother was a wedding-gown designer, his father an electrical engineer; the family name was Chechenian, but he shortened it – just as he Anglicised his own name, Nishan (which literally means ‘mark’), when he went to the US.

He’s lived in California for decades, working as an asset manager and investment consultant; his office is in Beverly Hills, his home about three miles away on the Los Angeles side.

The reporter notes that Chenian uses the word "Armenian" very often in the interview. His CV includes stints on various outfits with names like ‘Armenian Business Forum’ and ‘Armenian Educational Foundation’.

Continuing the topic of the Armenian Genocide, Mark Chenian noted that the assets of the Armenian was one of the key reasons of the genocide, since the Turks were able to take ownership of the Armenian assets.  "Indeed if you look at big business empires in Turkey, they’ll often have their genesis in the early 20th century. These companies didn’t start at ground zero. There’s a lot of fighting for recognition of the genocide and so on – but my thoughts are completely in another direction. I would like to go and make claims on today’s Turkish economic system – that I have vested interests in these empires that you built, because you acquired my farms, my factories and so forth", he said.

Saying ‘claims’ Mark means legal claims, and in fact he’s already "engaging some scholars to really look at it". It’s like another of the grand schemes he’s working on, a plan to repatriate Armenian antiquities.

"In major museums in the US, there are a lot of artefacts where the provenance is questionable," he explains – so the plan is to hire art historians to scan museum catalogues, identifying items which are clearly of Armenian origin but not labelled as such. "That is first phase," he says coolly. "Second phase, bring in attorneys. Because I always believe that, when you’re dealing with institutions, legal language has teeth."