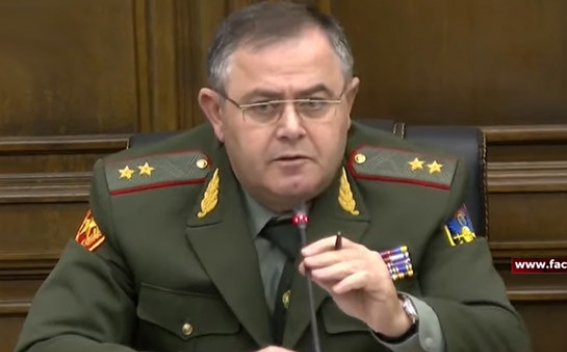 Chief of the General Staff of the Armenian Armed Forces Artak Davtyan is not going to resign, Aysor.am reports.

He told the reporters about it after the closed meeting with two NA committees, referring to the unprecedented growth of victims in the army.

"Only 4 of the 13 victims you mention died of illness, 4 as a result of tragic incident. Yes, I attended their funerals and I visit military units too," he said.