Trump Offers to Mediate Between India And Pakistan 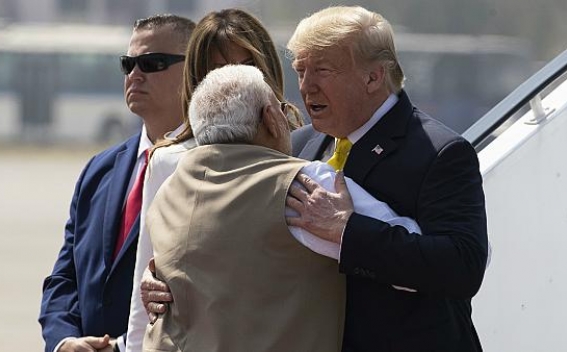 US President Donald Trump said on Tuesday that he has already spoken to Prime Minister Imran Khan and Indian PM Narendra Modi to resolve tensions between the two sides.

Speaking to media, the US president said that he had good relations with Prime Minister Imran Khan and once again, repeated the offer to mediate between India and Pakistan on the issue of Kashmir.

In response to a question, Trump said that he and Modi "talked a lot about Pakistan", GEO TV reports.

He said that "there has been difficulty in Pakistan and we're seeing what we can do about it". "Anything I can do to mediate, to do to help I would. They're working on Kashmir" he said.