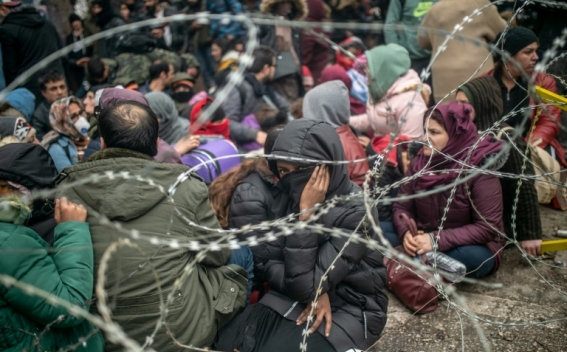 Turkish President Recep Tayyip Erdogan vowed Monday to keep the doors open for migrants heading for Europe, as he mounted pressure on Western countries to give Turkey more assistance with the Syrian conflict, AFP reports.

Erdogan also said he hoped to reach a deal on a ceasefire in Syria when he meets his Russian counterpart Vladimir Putin later in the week following increasing clashes in the last rebel hold-out of Idlib.

He warned Europe that it will have to shoulder its part of the migrant "burden".

"After we opened the doors, there were multiple calls saying 'close the doors'," he said.

"I told them 'it's done. It's finished. The doors are now open. Now, you will have to take your share of the burden''', Erdogan said.