Putin, Erdogan To Meet In Moscow In Bid To Ease Syria Tensions 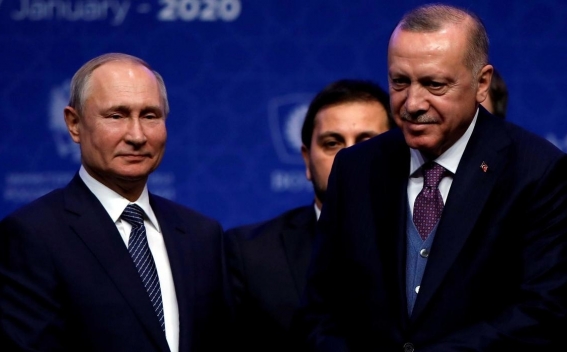 Russian President Vladimir Putin and Turkey’s Recep Tayyip Erdogan are set to meet in Moscow as they seek to ease tensions over a flare-up in violence in Syria that threatens to engulf their nations in a direct armed conflict, rferl.org reports.

Erdogan said he was looking to persuade Putin to agree to a quick cease-fire in Syria’s Idlib Province when the two leaders meet in the Russian capital on March 5.

Meanwhile, Reuters reports that Russia has been racing to bolster its presence in Syria before the talks, citing flight data and shipping movements in the region.

Tensions have flared in Idlib in recent weeks as Turkey launched an offensive against the forces of Syrian President Bashar al-Assad, a close ally of Russia.

On February 27, Ankara reported the killing of 34 Turkish soldiers in an air strike blamed on Syria. That led to retaliation and, on March 1, Turkey killed 19 Syrian soldiers in drone strikes and shot down two government warplanes.