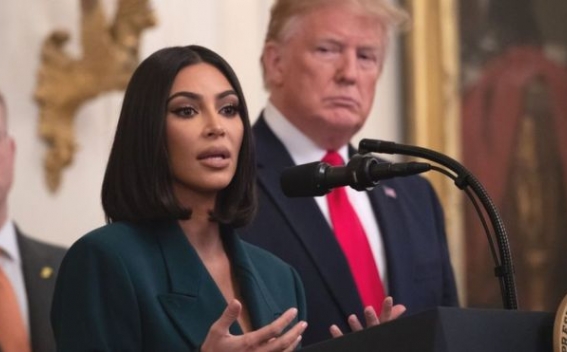 The women were jailed for drug-related and white collar crimes, and all had young children when imprisoned.

In 2018 Kardashian West lobbied the White House on behalf of a grandmother jailed for life.

Mr Trump is believed to have met the three women who visited on Wednesday, according to the New York Post, BBC reports.

"President Trump commuted the sentences of three really deserving women. I didn't hear much about it in the news so I wanted to share with you their stores!" Kardashian West tweeted.

Kardashian West, who announced last year that she was training to be a lawyer, is campaigning for changes to the US justice system. She shares concerns about long sentences handed down to first-time offenders and the disproportionate effect on ethnic minority communities.