Commemoration of St. Gregory the Illuminator’s Torments and Commitment to the Pit 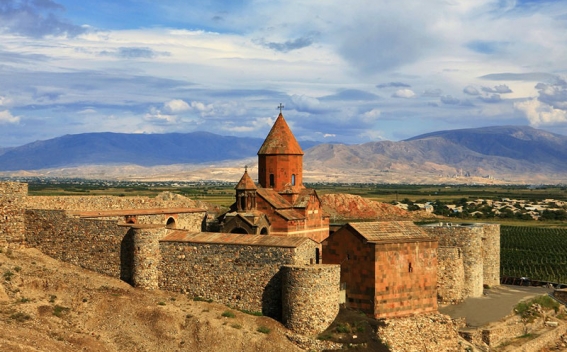 This feast is the first one among the three commemoration days dedicated to the memory of St. Gregory the Illuminator, the first Catholicos of All Armenians. According to the Armenian Church Calendar, it is celebrated on the eve of the Fifth Sunday during the period of Great Lent. The feast is dedicated to the torments which St. Gregory suffered during his imprisonment.

According to historical sources, St. Gregory the Illuminator was the son of Anak Partev, a knight and nobleman, who killed the Armenian King Khosrov Arshakouni. In retaliation, Anak is executed by the Armenians. His son, Gregory, lived and studied in Caesarea, and was brought up as a pious Christian. Gregory returns to Armenia as an adult and becomes a member of the royal court. King Tiridates (Trdat), the son of King Khosrov and heir to the throne, appoints Gregory as the Chancellor of the Armenian Kingdom. Tiridates, learning that Gregory is a Christian and the son of Anak, subjects him to severe tortures and commits Gregory to death, by imprisoning him in a deep underground pit.

In 301 A.D., after spending 13 years in the pit, St. Gregory the Illuminator is freed from the dungeon and emerges to spread the Light of Christ in Armenia. He thus becomes the first pontiff of the Armenian Church, baptizes the royal family, and evangelizes the whole of the Armenian Nation. Armenia becomes the first nation in the world to officially proclaim Christianity as her state religion.

St. Gregory the Illuminator is recognized by all of Christendom as a Saint, and he is commemorated in all traditional Christian Churches, Qahana.am informs.