April Aggression by Azerbaijan only Strengthened the Determination of Artsakh People: Artsakh MFA 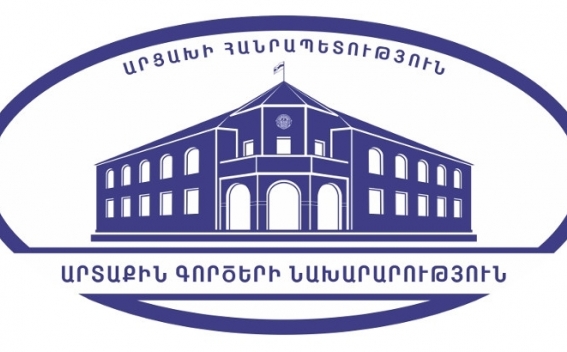 Foreign Ministry of the Republic of Artsakh issued a statement on the fourth anniversary of the April aggression unleashed by Azerbaijan.

''Four years ago, on April 2, 2016, in flagrant violation of the ceasefire agreement, the Azerbaijani armed forces attacked the Republic of Artsakh. They targeted not only the front-line positions of the Defense Army of Artsakh, but also the civilians. The intensity and scale of the hostilities, the number of forces and military equipment deployed by Azerbaijan, as well as the actions of the Azerbaijani side taken prior to the attack to deliberately escalate the tensions and disrupt the peace process indicate that the April 2 aggression was a carefully planned and prepared military operation.

Azerbaijan’s aggression was accompanied by gross violations of international humanitarian law and the rules of warfare. These crimes were documented in detail by the Office of the Human Rights Defender of the Republic of Artsakh and presented to the international community in two special reports.

The aggression in April 2016 was another attempt by Azerbaijan to resolve the Azerbaijan-Karabakh conflict by force. Only thanks to the decisive actions of the Artsakh Defense Army, as well as the support by all Armenians, it was possible to disrupt the military plans of Baku and to force the Azerbaijani side to comply with the ceasefire regime.

Azerbaijan’s attack on Artsakh became a challenge not only for our Republic, but also for the peace process under the auspices of the OSCE Minsk Group Co-chairmanship, for the peaceful settlement of the Azerbaijan-Karabakh conflict. It is noteworthy that shortly before the April aggression, on March 19, 2016, the President of Azerbaijan openly accused the Minsk Group Co-Chairmen of “using their destructive activities to freeze the conflict, and therefore the faith of the Azerbaijani people in their activities is completely undermined''.

Azerbaijan bears international legal responsibility for both unleashing the April aggression and for the criminal acts committed by its servicemen during the aggression against Artsakh. The fact that the Azerbaijani servicemen, who had committed war crimes, were personally awarded by the President of Azerbaijan is another confirmation that these actions were committed either on the instructions, or under the leadership or control of the Azerbaijani authorities. Given that such crimes have no statute of limitations, the Republic of Artsakh will continue exerting consistent efforts to bring those responsible to justice.

Today, we pay tribute to all those that deceased, repelling the Azerbaijani aggression in April 2016, or became innocent victims of the military adventure of Baku. We also express our gratitude to all and everyone who supported the people of Artsakh during these tragic days''.