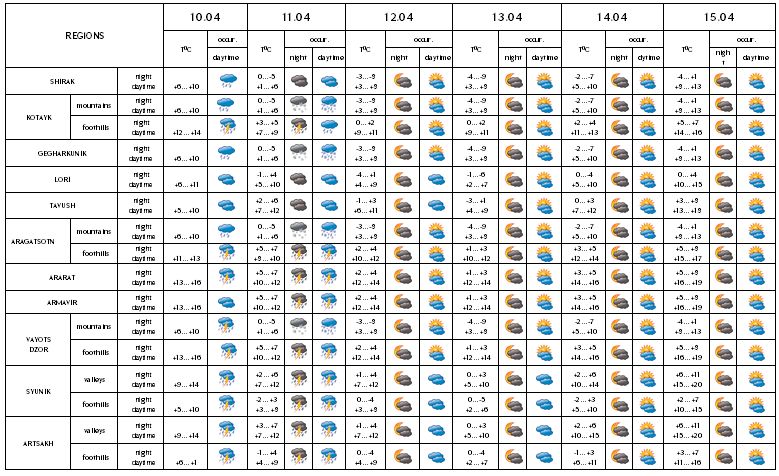 In the second part of April 10, on 11 from time to time rain is predicted, thunderstorm is possible as well. On April 12-15 no precipitation is predicted.