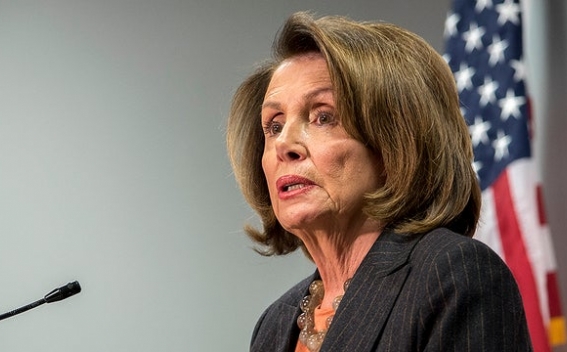 US House of Representatives Speaker Nancy Pelosi issued the following statement marking 105 years since the beginning of the Armenian Genocide:

''On this solemn day, 105 years after the leaders of the Ottoman Empire began their systematic extermination of 1.5 million Armenian men, women and children, we take time to honor the victims and survivors of the Armenian Genocide.  The horrific acts of barbarism perpetrated against innocent Armenians remains a stain on human history and a chilling reminder of our responsibility to stay vigilant against atrocities in our own time.

''The facts are undeniable.  Yet, generations of Armenians have had to fight tirelessly against those who attempted to rewrite history and deny the truth of the Armenian Genocide.  That is why, last year, the U.S. Congress sought to right this grievous wrong by overwhelmingly voting to stand firmly on the side of honesty and etch the truth of the Armenian Genocide forever into the Congressional Record.  In doing so, we honored those who were silenced forever and reaffirmed our commitment to never stay silent or allow these crimes to ever happen again.

''Today, as the world faces an unprecedented crisis, we must heed the lessons of this dark hour in history and summon the strength to speak out against heinous acts of discrimination, racism and violence wherever and whenever they occur.  Together, we must insist on the truth of our past, oppose the forces of hatred in our present and advance the blessings of hope and peace for our future.''