Amaras: One of the Most Important Religious Centers of Artsakh 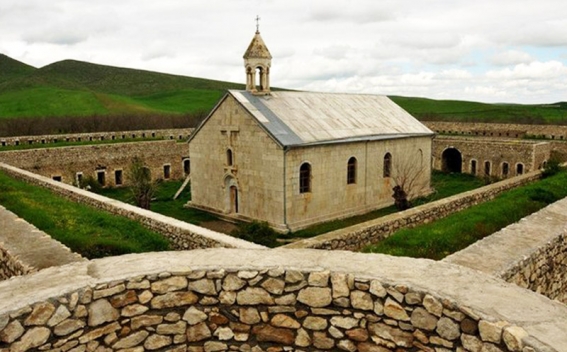 Amaras is one of Artsakh’s monasteries which faced a hard fate from the begging of its construction but at the same it is a resilient monastery that has been rebuilt every time it has been destroyed. Having a special place among the monasteries located in the territory of Artsakh, Amaras Monastery is associated with the first steps of the spread of Christianity in Artsakh and Utik.

St. Grigoris was originally buried at the eastern end of the now vanished St. Gregory church. In 489 Vachagan III the Pious, king of Caucasian Albania, renovated Amaras, restoring the church and constructing a new chapel for the remains of St. Grigoris. In later centuries a church was built over this chapel-tomb.

At the beginning of the fifth century Mesrop Mashtots, the inventor of the Armenian Alphabet, established in Amaras the first-ever school that used his script.

During its long history the monastery was plundered and destroyed several times by Arab and Mongol raids, including that of the Mongolian hordes headed by Tamerlan (1387). According to the legend, Tamerlan lined his soldiers from Amaras to river Araks and ordered them to throw the stones of the destroyed walls into the Araks River, passing them down the approx. 35km chain. But, again as the legend says, the invaders had hardly left, when the monastery was again rebuilt by Armenians by the same way (standing in line they passed the stones upwards), findarmenia.org reports.

During another Mongol invasion the monastery lost a large number of its treasures including Grigoris`s crosier and a golden cross incrusted with 36 precious stones, mshakuyt.com reports.

When Eastern Armenia was joined to Russia in the 19th century, Amaras with strong fortification structure was used as a fortress for Russian imperial troops.

The Armenian Apostolic Church reclaimed the monastery in 1848. The monastery's church appears to have been severely damaged during the period of military occupation, to the extent that a new church had to be constructed on the site of the old one. This new church, dedicated to St. Grigoris, was built in 1858 and paid for by the Armenians of the city of Shusha. It still survives and is a three-nave basilica constructed from bright white stone.

The monastery was abandoned during the Soviet period. It was reopened in 1992.

Despite its hard fate Amaras Monastery today serves as a functioning monastery of the Artsakh Diocese. Every year it opens its doors to hundreds of visitors.