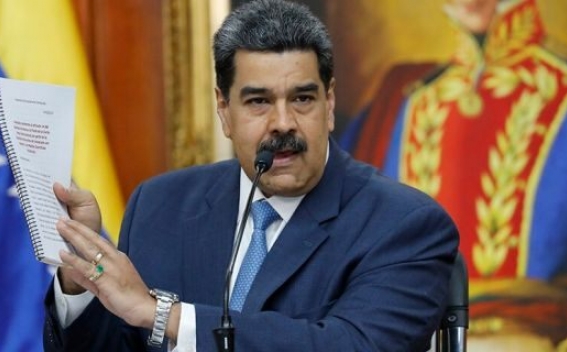 Venezuelan President Nicolas Maduro on Monday announced that 13 mercenaries who were plotting to stage a coup d’etat in the country had been apprehended, he said during a speech in Caracas broadcast by the national TV, TASS reports.

"Thirteen terrorists were caught. We seized materials they intended to use for their plan. We found drugs, dollars, arms, satellite phones, radio receiving sets and night vision equipment," Maduro stressed.

The leader added that everyone who had taken part in the operation to capture the criminals would be rewarded and promoted.

On May 3, the Venezuelan authorities announced that they had successfully foiled an attempt to infiltrate the country by a mercenary group travelling from Colombia looking to stage a coup d’etat in Venezuela. According to President of Constitutional Assembly Diosdado Cabello, the mercenaries were trying to break through into the country aboard boats.

Colombia rejected the statement of the Venezuelan side. According to the Colombian authorities, Caracas is putting forward unfounded accusations against Bogota to distract from the country’s domestic issues.

The political crisis in Venezuela exacerbated on January 23, 2019, when Juan Guaido, Venezuelan opposition leader and parliament speaker, whose appointment to that position had been cancelled by the country’s Supreme Court, declared himself interim president at a rally in the country’s capital of Caracas. Several countries, including the United States, most of the EU states, Lima Group members (excluding Mexico), Australia, Albania, Georgia and Israel, as well as the Organization of American States, recognized him.

Incumbent President of the country Nicolas Maduro, in turn, blasted the move as a coup staged by Washington and said he was severing diplomatic ties with the US. In contrast, Russia, Belarus, Bolivia, Iran, Cuba, Nicaragua, El Salvador, Syria and Turkey voiced support for Maduro.