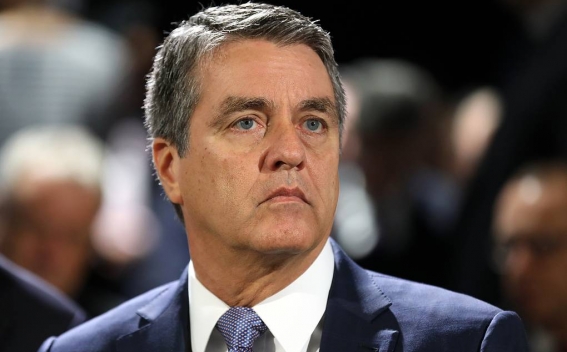 The World Trade Organization’s (WTO) top trade official, Roberto Azevedo, has told member governments he plans to step down before his term ends in 2021, according to four people familiar with the matter, Bloomberg reports.

It is possible that one of Azevedo’s four deputy directors general could serve as interim caretakers until his term ends next year. They are Yonov Frederick Agah of Nigeria, Karl Brauner of Germany, Alan Wolff of the United States and Yi Xiaozhun of China.

The 62-year-old Brazilian has served as the WTO’s director-general since September 2013 and his second four-year term began in September 2017.
Հայերեն На русском