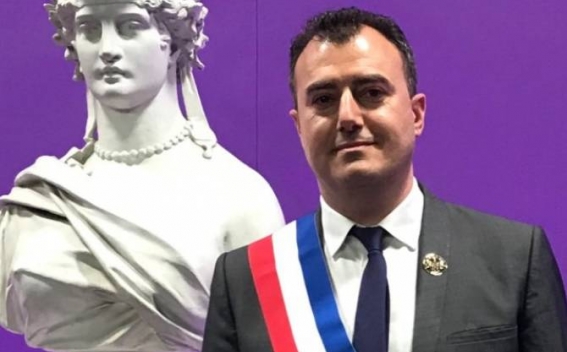 Saro Mardiryan has been elected to serve as the Deputy Mayor of the French town of Alfortville on May 24, Armenpress reports citing "Massis Post".

“41 years ago, Alfortville welcomed my family and allowed me to become who I am today. It is my turn to return everything that Alfortville has brought me, with commitment, self-sacrifice and humility to the service of the Alfortvillaises and the Alfortvillais,” Massis Post quoted him as saying.

“Finally, I’d like to express my pride in wearing the tricolor scarf of France, like many Armenian people, we have adopted the French values, history and culture which co-exists with our Armenian identity. As was the case with our beloved Charles Aznavour; 100 % French, 100 % Armenian”, he said.

Saro Mardiryan is the President of the Diocesan Assembly of the Armenian Apostolic Church in France, and Chairman of the Social Democrat Hunchakian Party France.

The town of Alfortville is home to a large Armenian community.