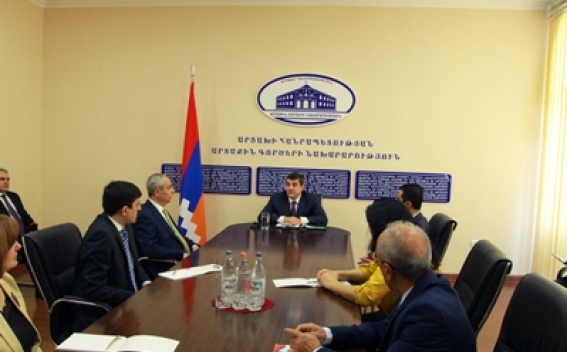 Artsakh’s (Nagorno-Karabakh) newly inaugurated President Arayik Haroutyunyan on Friday signed a number of decrees, and with one of which, Masis Mayilian was reappointed Minister of Foreign Affairs.

On the same day, the President visited the Ministry of Foreign Affairs, met with the officials of its staff, and discussed with them the upcoming activities.

He considered unacceptable the belligerent diplomacy of Azerbaijan on the Artsakh issue, noting that this diplomacy distances the parties to the conflict from the peace process.

Wishing success to FM Mayilian, the President Haroutyunyan instructed him to intensify the ongoing work on the foreign policy front.