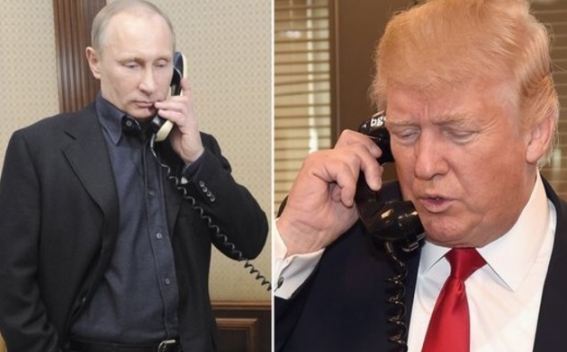 Vladimir Putin had a telephone conversation with President of the United States of America Donald Trump at the initiative of the American side, the Kremlin press service reports.

''The presidents exchanged views on the coronavirus response measures taken by both countries. Vladimir Putin expressed appreciation for the supply of US ventilators to Russia.

The Russian President congratulated Donald Trump on the successful launch of the Crew Dragon manned spacecraft on May 30, which carried American astronauts to the International Space Station. A common attitude towards the development of mutually beneficial cooperation in the space sector was confirmed.

The presidents addressed world oil market developments in the context of implementing the OPEC+ agreement. It was stated that this multilateral agreement, reached with the active support of the presidents of Russia and the United States, would lead to a gradual restoration of oil demand and price stabilisation.

Mr Trump informed Mr Putin about his idea of holding a G7 summit with the possible invitation of the leaders of Russia, Australia, India and the Republic of Korea.

The importance of enhancing the Russian-American dialogue on strategic stability and confidence-building measures in the military sector was noted.

The presidents agreed to continue contacts at various levels.

The conversation was constructive, businesslike and substantive'', the statement reads.