The Threatening Letter Sent to Rakel Dink Contains the Same Slogan We Were Used to Hearing before Hrant Dink Was Assassinated: Fethiye Çetin 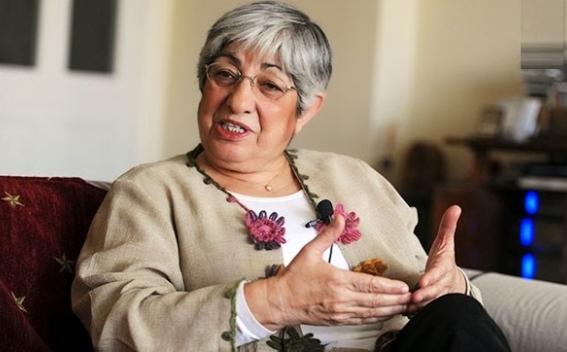 Fethiye Çetin, an attorney of Hrant Dink Foundation, has spoken to Bianet news agency about the death threats against the foundation and Rakel Dink, the wife of late journalist Hrant Dink. Indicating that another threatening message was sent to the foundation last night, Çetin has noted that the attacks and messages have increased in the recent period, Panorama.am reports.

"Yet another indication of the fact that these attacks are not isolated is that the attacks still continue. A new threatening email was sent to the email address of the foundation last night. Unfortunately, the statements of power-holders have also been fuelling such attacks and hate speeches. These attacks are just a reflection of the language of hatred used by politicians,” Cetin said, as quoted by the source.

"I call on the authorities to change their language and tone, open the channels of dialogue and abandon any behavior that will encourage the assaulters and impunity.”

The source reminds that on May 29, Hrant Dink Foundation released a written statement for the press and announced that Rakel Dink, the wife of late journalist Hrant Dink, and the attorneys of the foundation received death threats via email on May 27 and 28. The foundation indicated that it notified Şişli District Security Directorate and İstanbul Governor's Office of the threats.

"The email included the phrase 'We may turn up one night, when you least expect it', a slogan used boastfully in certain circles, and the very same slogan we were well used to hearing before Hrant Dink was so publicly assassinated, and with the knowledge of official bodies, on 19 January 2007.